From palpation of the pulse wave to the Cardiointervalography, or the next step in the development of pulse diagnostic technologies 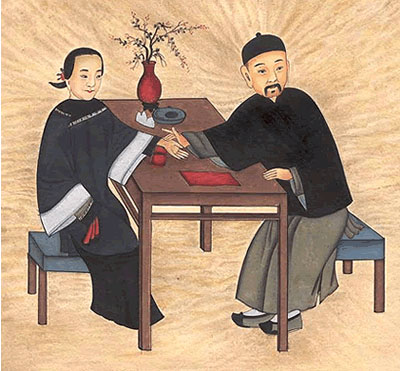 Pulse diagnosis traditions have become widespread due to the works of Tibetan, Chinese and Ayurvedic medical schools.

The widely known work on Tibetan medicine is “Gyud-bZhi” (“The Four Medical Tantras”), authored by the physician Yuthok Yonten Gonpo the Younger (1112-1203). This work is the key treatise of the Tibetan medical school, which is a synthesis of the Indian (Ayurvedic) and Chinese medical traditions, where the pulse diagnosis has occupied an important place.

In the Ayurvedic tradition, the classic medical work had become the manual “Ashtanga Hridaya Samhita”, compiled by the physician Vabhata from variety Vedic medical sources, written before BC, in particular from the work of “Soma Raj.” The quintessence of these sources is the famous saying: “The highest art of a physician is knowing of illness causes by the patient’s appearance. An artisan will find out them by asking the patient. A wizard will detect them by the pulse. “ 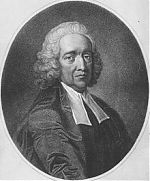 Traditionally it’s considered, the first mention of the heart rate variability refers to the XVIII century. The discovery of this phenomenon belongs to the English physiologist S. Hales, who in 1733 had published a book dedicated to the study of blood flow. In one part of his scientific research, he had described the effect of breathing on heart rate and blood pressure. 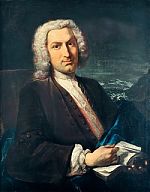 In 1760 the scientific research in eight volumes was published, authored by the Swiss physiologist A. Haller. In the second volume of this work, the following fact was shown: the heart rate of a healthy person is not constant, and some variability is normal. 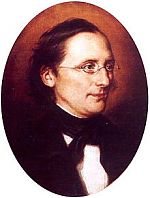 After almost ninety years, in 1846, the German physiologist C. Ludwig had revealed the phenomenon of increasing the heart rate during inhalation and decreasing during exhalation. Later this regularity was called “respiratory sinus arrhythmia.” In addition, C. Ludwig had discovered the dependence of blood pressure on the respiratory phases and called it “waves of blood pressure.” 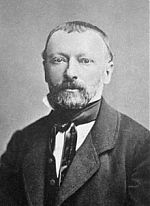 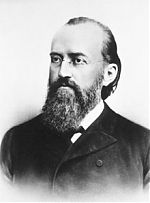 In 1910, the physiologist H. E. Hering had proved that the “respiratory phenomenon of heart rate”, namely: increasing of heart rate during inspiration and decreasing during exhalation (respiratory arrhythmia), is the reflection of the vagus nerve activity.

Then, in 1927, H. E. Hering had suggested to associate increasing heart rate during inspiration with reflex decreasing of vagal tone by the mechanical stimulation of its nerve endings in lung tissue. 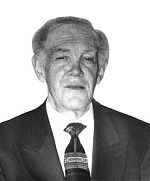 Since the 60s of the last century, this method had begun to develop intensively in a field of the space medicine. R. M. Baevsky worked out the model for the heart rate regulation, based on two circuits of regulation — the central (the subcortical and higher autonomic centers, the cortical mechanisms of regulation) and the autonomic (the sinus node, the vagus nerves, the nucleus of the vagus nerve in the medulla oblongata).

In 1999, A. H. Fleischman, on the base of the Baevsky theory, had proposed the model of neural regulation of the heart rate, which was founded on four levels of regulation: the segmental (the autonomous), the stem, the hypothalamic and the hemispheric.

In the Soviet Union in 1968, I. G. Nidekker in one of his works had proposed the spectral method of estimating rhythmogram for the analysis of heart rate variability. Such fact had given new impetus to researches in this area. This method had got further developing and clinical using in evaluation of heart rate variability as well in norm as in pathology of various organs and systems. Foreign scientists are also interested in the problem of heart rate variability, especially after the article of S. Akselrod (1981).

The pulse wave is a complex biophysical phenomenon. The main factor that generates oscillations of blood vessel walls and determines their variability, is a quantity of systolic blood volume and rate of rise of intraventricular pressure during tension and ejection period of the cardiac cycle. In turn, the nature of electromechanical coupling of the contractile cardiomyocyte is determined by bathmotropic and dromotropic effects associated with the work of the nodal system of cardiac pacemakers and the Purkinje system.

According to modern views, chronotropic effect of automaticity of sinoatrial node is determined by ion currents in the phase of slow diastolic depolarization. In developing of this phase, the main role is played by the three currents: hyperpolarizing potassium current of leakage, depolarizing calcium current and, in the words of foreign colleagues, who have discovered the phenomenon, “strange” sodium current, associated with the opening of «funny» channels at the end of the repolarization phase of pacemaker potential. Intracellular signaling, mediated by oscillatory activity of «funny»-channels, is associated with the cAMP-protein kinase cascade that determines the possibility of pacemaker activity modulations on the part of brain suprasegmental structures involved in the visceral autonomic regulation. Thus, cardiac pacemakers of the sinoatrial node are “barometers”, which, on the one hand, perceive subordinated impacts of regulatory systems, on the other hand, adapt directly — chronotropic and indirectly — inotropic functions of contractile cardiomyocytes to current environmental conditions.

Therefore, if there is continuity between the formation of the pulse wave and the operation of the cardiac pacemakers, the instrumental studies of heart rate variability is an important contribution to the development of pulse diagnostic technologies. This is not only a continuation of palpation pulse techniques, developed several millennia, but also forms a deep understanding of physiological regulation processes.

It should be noted that the method of heart rate variability, standards of measurement and interpretation of which were published in 1996, is recognized by international and domestic cardiology associations. The validity of this method in rehabilitation practice is proved by accurate quantification of the adaptation process, and also the dynamics of change in the voltage of regulation systems in a course of rehabilitation procedures.

In particular, this method helps to estimate the entire resource of adaptation, the adaptation price, the involvement degree of body into realization of stress, the activity balance of regulatory systems.

Modern technologies of the bio signal registration and the mathematical analysis, refracted through the prism of empirical eastern systems, have allowed to develop the algorithm of psycho-physiological constitution estimation, which is the basis of the constitutional (individual) approach to rehabilitation. To evaluate the spectral and temporal characteristics of variability of the cardiac cycle duration, the quantitative evaluation system of patient’s psycho-physiological constitution (the vikriti physiological component) was developed and implemented in the “VedaPulse” hardware and software complex (the registration sertificate № ФСР 2011/12389, the manufacturer is LLC “Biokvant”, Novosibirsk — www.vedapuls.ru). This was allowed to combine the capabilities of modern electrophysiology and Oriental herbal medicine and to personalize naturopathic recommendations.

According to the Ayurvedic and Tibetan medical schools, individual constitution is defined by the balance of human biological elements (Doshas), which in Sanskrit are called Vata, Pitta and Kapha (Wind, Bile and Phlegm in the Tibetan medical school). Their correlation and degree of manifestation form the characteristic changes in the processes of visceral regulation and metabolism that determine the morph-functional and physiological constitutional features. By the way, the theory of biological elements was later borrowed by Hippocrates in his scheme of temperaments. It is because of these differences, at the East it’s accepted forming an individual composition of phytotherapeutic prescription as any medicinal herb has homeopathic or allopathic qualities for the physiological processes of the body, strengthening or weakening imbalance.

In 1988, S. A. Dudin and Ch. Z. Tsydypov (Buryat Institute of Natural Sciences, Siberian Department of the Academy of Sciences of the USSR, the Buryat branch) in searching for connections between the ideas of Tibetan and modern medicine have come to the conclusion that, despite the lack of the modern equivalents of Tibetan medicine concepts such as Wind, Bile and Phlegm (which are the fundamental concepts in Tibetan medicine), the connection is very clearly seen if we analyze in terms of modern medicine symptoms of diseases that manifested in imbalance of Wind, Bile and Phlegm.

A more detailed analysis of the diseases symptoms, divided into these three groups, was given in the chapter “The relationship between some concepts of Tibetan and modern medicine” in the brochure “Pulse diagnosis of Tibetan medicine.” This brochure was published in 1998 in Novosibirsk, in the publishing house “Nauka” of Siberian Department of the USSR Academy of Sciences.

Thus, these parallels, implemented in the “VedaPulse” hardware and software complex, allow to quantify intensity of the biological elements and to use the entire arsenal of the canonical approach of the eastern herbal medicine, diet therapy and aromatherapy.

• Individual choice of medicinal plants taking into account the constitutional (geno/phenotypic) characteristics of the organism.
• Additional choice of medicinal plants based on the nosological filter for specific diseases (in the list — more than 160 diseases and pathological conditions).
• Detailed description of preparation technology and application method (decoctions, infusions, teas, powders, etc.).
• Creating a list of herbs, phyto agents and food, undesirable for consumption (contraindicated).
• Formation of ranking of medicinal plants (such way, individual score of correction of a pathological condition by a particular medicinal plant is defined).
• Dividing of medicinal plants in two lists — of western and oriental herbs (for comfort using by professionals).
• Automatic generation of conclusion (including a detailed description of diagnosis results, diet, recommended way of life, application method of chosen for a patient medicinal plants).
• Creating a constitutionally balanced phytocombination.

We have also proposed the morph-functional health index that reflects the relationship between morphological characteristics of the constitution (Quetelet index) and physiological processes, evaluated by cardiointervalographic parameters (total power of spectrum, voltage index, amplitude of mode). The specified index shows in percentage overall functional status (adaptive capacity), allowing you to monitor the dynamics of rehabilitation procedures.